Australia reports record trade surplus on back of China demand 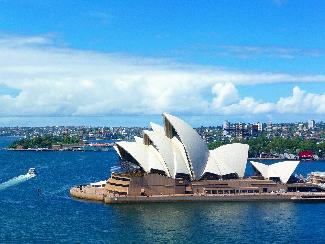 Australia reported a record trade surplus in the 12 months ending in June due to surging exports to China, which comprise almost half of goods exports despite rising political and trade tensions between the countries.

Exports to China hit a record A$14.6bn (US$10.4bn) in June, underpinned by the country’s economic reopening and Beijing’s aggressive stimulus plan after the coronavirus lockdown. The measures have sparked a surge in demand for Australian commodities, such as iron ore and coal, with exports to China comprising 48.8 per cent of all goods exports in June, up from about a third in February, and worth 8.5 per cent of gross domestic product.

Trade with China has supported an economy that is being ravaged by rise in new Covid-19 infections in Melbourne. Most businesses in the country’s second most populous city have closed for the second time in four months and a nightly curfew has been imposed to try to suppress the virus.

The Reserve Bank of Australia warned on Tuesday that unemployment could hit 10 per cent this year because of the outbreak. The central bank also said it would resume its bond-buying programme this week, noting the yield on three-year government bonds had crept higher than its target range of 25 basis points.

The surge in trade with China occurred against the backdrop of diplomatic bickering between Beijing and Canberra over the latter’s call for an inquiry into the origins of Covid-19. In response, China slapped trade sanctions on barley and beef exporters.

China’s imports grew in June for the first time since the coronavirus pandemic began, rising 2.7 per cent in dollar terms compared with last year.

Higher industrial activity has bolstered demand for Australian iron ore, a crucial ingredient in steelmaking, with imports reaching a record high in June. Imports of the commodity from India, Ukraine and Russia also hit a record levels, according to S&P Global Platts. Iron ore prices have surged above $100 a tonne as a result of strong demand and supply disruptions in Brazil due to Covid-19.

But there is growing debate in Australia over its reliance on China, with trade between the countries reaching A$235bn in the year to the end of June 2019.

Peter Jennings, director of the Australian Strategic Policy Institute, a Canberra-based think-tank, has called on companies to diversify their trading relationships to leave the country less vulnerable to coercion from Beijing. “The business community is so habituated to doing easy business with China it often doesn’t look beyond it to south-east Asia,” he said.

Image by Anna Mustermann from Pixabay