What does the new EU Organic Regulation mean for exporters of grains, pulses and oilseeds? 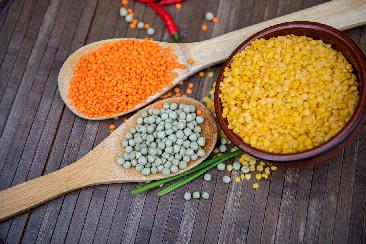 In 2021, a new organic regulation will enter into force. At the same time, a new official control regulation begins. This will check whether imported products meet European rules. It will also regulate controls and possible action against fraudsters. As a third country producer, you will have to meet the same set of rules as producers in the European Union.

After several years of talks, the European Union will introduce a new set of rules under regulation (EU) 2018/848 in January 2021. According to a press release by the European Council, this new agreement should guarantee fair competition. It will also stop fraud and raise consumer confidence. The new regulation does not only control pesticide use in products. It also deals with soil management and food production. This single set of rules will also apply to non-EU farmers who export their organic products to the EU market.

The new organic Regulation will apply to unprocessed and processed agricultural products used as food and feed. Processed products can only be labelled as organic when at least 95% of the agricultural ingredients are organic.

What does it mean for grains, pulses and oilseeds in developing countries?

Without a doubt, the new regulation will be fair to European agricultural producers. But small organic producers in developing countries will probably not be able to meet the requirements. This was already pointed out several years ago in a Briefing by IFOAM. The rules are designed for the EU context. This means that as a small, foreign producer, you will have to check the opportunities for you as an organic supplier.

Organic producers in developing countries face different challenges to European producers. Many grain, pulse and oilseed crops are produced on a large scale in sub-tropical areas (soybean, sesame, chia). Others in marginal and poor areas (quinoa, fonio). These regions will have different types of climate issues and plant diseases. The standards in infrastructure, water quality and operations cannot be compared to those experienced by the average European farmer.

For example, for a soybean producer in Bolivia or Paraguay, it will be difficult to control weeds and maintain organic standards. This is because they are surrounded by large-scale conventional production. But small farmers are unable to get certified because of a lack of guidance and financial means. This is the case for fonio farmers in Guinea and teff farmers in Ethiopia.

Another concern of producers in developing countries is fraud. This is common in some products popular as health ingredients, such as chia seeds. Certifying and accrediting organic food has become a business. Producers do not believe the new regulation will change this.

But the organic rules remain very clear. Certified producers can in no way use any unauthorised pesticides on their crops. The new rules make them take preventive measures to ensure the preservation of biodiversity and soil quality. They must also prevent pests and diseases, negative effects on the environment and contamination with non-organic products or substances.

It will be interesting to see how the European Commission puts the new organic rules into practice. One thing is sure: you must have a truly organic way of thinking to become a supplier of organic grains, pulses and oilseeds to Europe.

This news item was written for CBI by ICI Business.

Image by yilmazfatih from Pixabay