U.S. Food Makers Are Burning Through Cash to Hoard Ingredients 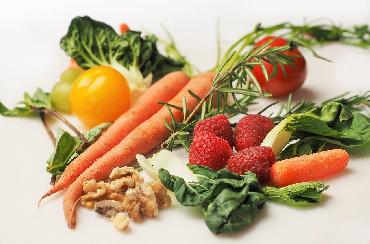 Hoarding cash during a pandemic might seem prudent, but America’s packaged food companies are finding it’s better to stock up on stuff they can sell.

Businesses are spending more on raw materials like oats and sugar so they can maintain production in case supply lines get disrupted or imports are held up.

Campbell Soup Co., the maker of Goldfish crackers and Pacific broths, is buying more ingredients amid a boom in demand for pantry staples. Bobo’s, a Boulder, Colorado-based producer of snack bars and toaster pastries, has stocked up on organic oats, sugar and coconut oil, Chief Executive Officer TJ McIntyre said in an interview.

“We just wanted to have an insurance plan for our business. If we ran out of oats, we’d be in trouble,” he said. “In a first-time situation like this pandemic, there’s a lot of questions we can’t answer.”

His company is currently buying about 50% more of its main ingredients. This affords it an extra 90 days to solve any potential supply-chain hiccups.

This is a striking shift in strategy for food companies that for years built up just-in-time inventories, which minimize storage costs. It also underscores the lessons that were learned after the coronavirus pandemic upended supply chains and sparked concerns over shortages of some ingredients.

Robert Moskow, an analyst at Credit Suisse, said that food companies are bringing in more raw materials and packaging to help guarantee they can meet demand from retailers, where stocks of goods have fallen.

“Retail has below average inventory, they’re trying to get as much as they can from producers,” Moskow said.

More money tied up in physical goods may also mean fewer new products — referred to as “innovation” in the industry. Saffron Road, for example, recently cut two ramen bowls because they didn’t sell as well as other items and it’s cheaper to focus on core offerings. This represents another big change for food companies, which had prior to COVID-19 resorted to new, experimental products — like Kraft Heinz Co.’s mayochup — to create buzz.

One of the things weighing on the minds’ of consumers and scientists alike is whether cooler weather will cause coronavirus infections to spike again — potentially creating another boom in grocery demand. Second waves of the virus have been reported in China, South Korea and Hong Kong.

Saffron Road, which makes frozen beef bulgogi meals and chickpea masala meal pouches, is buying 50% more inventory than before — and has plans to boost purchases even more later in the year, CEO Adnan Durrani said. It’s a risk to cash flow, he said, but one that’s worth taking amid a surge in demand.

The company will double its inventory heading into September, in case there’s another spike in demand tied to rising COVID-19 cases again. He hopes, of course, this isn’t the case.

“We saw frozen foods go up dramatically during Covid,” Durrani said. “Hopefully we flatten the curve.”

Taika, a canned coffee startup in San Francisco, has loaded up on ashwagandha powder — a plant-derived ingredient used in its coffee that’s seen limited supply recently because it’s sourced from India. With lockdowns there limiting the producer’s ability to ship, Taika is now holding about six months of supply instead of just three months before the pandemic hit, founder Kal Freese said.

“For small business, you end up having more capital tied up in inventory,” he said.

Campbell, which has seen a surge in demand for pantry staples including Prego pasta sauce and Kettle potato chips, has stocked up on certain ingredients to make sure it doesn’t run out, CEO Mark Clouse said in an interview on June 3. The company is betting consumer demand will remain high — it now sees sales from continuing operations rising as much as 6.5% this year, a big jump from its previous range.

“Demand has remained very elevated,” Clouse said. “So our production and supply chain is really running flat out. We are working non-stop in a way that’s practical and safe to create some cushion as it relates to inventory.”

Gokhan Egilmez, an associate professor at the University of New Haven, agrees that higher demand is likely to persist. He predicted the pandemic will “continue to cause radical transformations” across industries until a vaccine or treatment is found.

“As we all know, the pandemic already shifted consumption habits,” Egilmez said. “People may still find it not appealing to dine out or order from outside.”